IN THE DISTRICT COURT AT AUCKLAND

In The Matter of the Local Government Act 2002

In The Matter of an Application For An Injunction Under

BETWEEN
Auckland Council
Applicant
and
The Occupiers of Aotea Squareauckland Central Being the Occupyauckland Group Including But Not Limited to Andrew Hendrieand Penelope Mary Brightand Others
Respondents
Appearances:

Mr R S Burns and Ms Efwerson for the Applicant

Mr R Mansfield for the General Assembly of Occupy Auckland

Mr Minto for the Mana Party

Application for an injunction to restrain the defendants from breaching the provisions of a bylaw governing the use of public places — respondents occupied Aotea Square in central Auckland as a protest to highlight political issues — relied onrights of freedom of expression, freedom of peaceful assembly and freedom of association under the New Zealand Bill of Rights Act 1990 as basis for occupation — whether Council had acted improperly by issuing proceedings without observing and alleged “duty to talk” to protestors — whether fundamental rights could be constrained by time — whether the bylaw was a justified limitation on freedoms enshrined in the Bill of Rights Act — use of R v Oakes test (Supreme Court of Canada).

The issues were: whether the council had a duty to talk to the group before applying for an injunction; whether fundamental rights can be constrained by time; and whether the bylaw was a justified limitation on freedoms enshrined in the NZBORA.

Held: Occupy Auckland had no intention of abiding by the exit dates it suggested. A clear message had been given to Occupy Auckland that if it did not advise a clear exit date, legal proceedings would commence. Bearing in mind the length of the occupation to that point, it was prudent for the Council to prepare for injunction proceedings should they be necessary. There was no “duty to talk” and no constitutional source for any such duty. To impose one would effectively paralyse municipal government ( Batty v Toronto City (Ontario SC)).

The NZBORA did not prescribe a time limit for the exercise of fundamental rights. The relevance of time had to be assessed on the individual facts of each case. Here, time could go the reasonableness of the occupation and the Council's action in response to it. There was nothing in the NZBORA which gave Occupy Auckland the right to appropriate a significant portion of common public space for an indefinite period of time for its own use.

When assessing whether the bylaw was a justified limit on the freedoms enshrined in the NZBORA, the test formulated in Rv Oakes by the Supreme Court of Canada had been accepted by NZ Courts. The maintenance and protection of public spaces foruse by all was an important and significant duty of local government. The bylaw was proportionate to that objective as it sought to regulate conduct, but not absolutely. It simply provided the means by which consents could be sought for a planned activity, so that the Council could monitor the activity in the light of interests of the public at large. The bylaw interfered as little as possible with the rights and freedoms affected (freedom of expression, assembly and association).

The NZBORA did not contain an unrestrained right to camp where one wished. The limitation for use of public space which regulated that use in the light in the interests of citizens generally was a justified limitation in a free and democratic society. There was no fundamental right to camp in public places without a permit. Only an injunction would end the unreasonable interference with the rights of others to use and enjoy Aotea Square.

Application granted. Occupy Auckland was restrained from committing breaches of Auckland Council Bylaw No. 20 and was ordered not to: carry out any activity would unreasonably interfere with the comfort and enjoyment of the public generally; carry out any activity that would or was likely to cause damage and to cease residing in Aotea Square.

Background: how and why did the occupation of Aotea Square occur?
1

On Saturday 15 October 2011 a protest march of about 3000 1 people woundits way up Queen Street in the City of Auckland to Aotea Square where a meeting was held about 4pm. Thestart of the occupation which has become known as “;Occupy Auckland” or “Occupiers Aotea Square” began when people started erecting tents at about 7 pm on the only grassed areas of the Square.

The occupation was inspired at least in part by earlier well publicised occupations of Wall Street in New York, San Francisco 2 and other places around the world.

The Occupy Movement is a global movement which its supporters see as arevolutionary wave of demonstrations and protests around the world sharing a number of common goals and values. The Global Occupy Movement shares “techniques of civil disobedience in sustained campaigns involving strikes demonstrations marches and rallies as well as the use of social media to organise communicate and raise awareness in the face of state attempts at repression and censorship” 3.

The Occupy Movement believes that the harsh reality the majority strugglewith on a daily basis is created and upheld by an elite bourgeoisie they call “the 1%” consisting of wealthy business people, bankers and individuals holding positions of power in local and national governments. In their view, the majority of the population, the “99%”, are denied freedoms, prosperity, and the trappings of modern life by the acceptance of a system which fails to benefit or reward the hard work of the majority 4.

The nature of the occupied space
5

Auckland is New Zealand's biggest city with a population in excess of 1.3 millionpeople. Aotea Square was established alongside the Auckland Town Hall as

a central gathering area for the citizens of Auckland. It has been the scene of cultural, entertainment, corporate, private and public gatherings ranging from the simple pleasure of city workers sitting on the grass eating their lunch to spontaneous gatherings of friends and acquaintances. Protests are held here. Jugglers, street musicians and simple strollers enjoy the space. The area is generally paved with seating available for the public. The three terraced grassed areas of Aotea Square, until occupied by the respondents, were small green oases in the centre of the City to which its citizens had free resort.
The nature of the occupation
6

Occupy Auckland gave no prior notice of intention to occupy Aotea Square and sought no consent from, or accommodation with, civic authorities, nearby occupiers or indeed the citizens of Auckland City in general. Occupy Auckland was of the view that it was exercising its rights to freedom of expression, peaceful assembly, and association under the New Zealand Bill of Rights Act 1990 and did not need to ask. The group has erected many tents and established the facilities of that occupation. There is a media tent, and marquees for the kitchen (which raises no concerns of health and safety), and the action space 5 for gatherings for entertainment, group discussion, peaceful assembly and protest.

The group on the whole has promoted itself with success as crime free, drugfree and alcohol free. It has sought to provide opportunities for reflection on the international economic system generally, and within New Zealand itself.

The police have regarded the occupiers as a peaceful protest group. On the evidence before me I accept that description as indeed does the Auckland Council.

From the start the three grassed areas have been dominated by tents. Estimates of the number of tents erected on the first day vary from 35 6 to 70 7. A number of the people associated with the Occupy Movement have camped there continuously. Others have come and gone. It seems that most tents have been empty

overnight and would have the same effect as road cones reserving the space for the respondents' use thenext day.
10

This aerial photograph of the Occupation was taken on 8 November 2011 8: 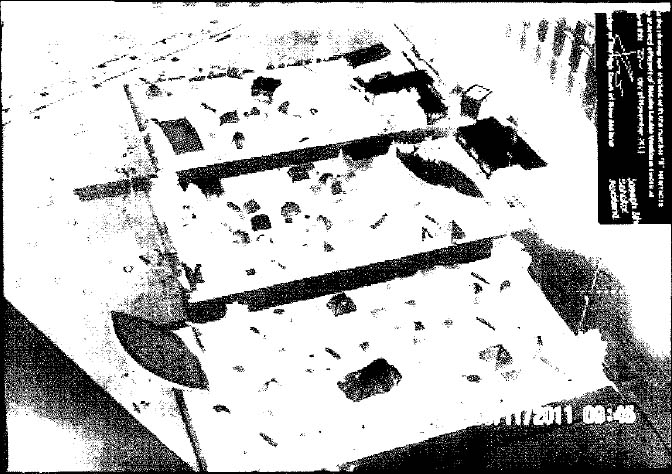 The internal government of the Occupy Movement in Auckland developed gradually. It operates generally by means of general assemblies. It purports to be a leaderless group. Important decisions can only be made by general assemblies which have been held three times a week 10 in a form of “participatory democracy”.The approach is to initially seek 100% agreement 11.

The Auckland Council, while at all times specifically reserving its legal rights, from the outset recognised the right of Occupy Auckland to protest. It established an early dialogue with the occupiers to address the health and safety, water and toileting issues created by the Occupiers occupying a space which was not designed to cope with people camping there. The Council wished to negotiate and reach consensus with Occupy Auckland for an end to the Occupation. The dialogue on both sides was conducted in the main with mutual respect.

The General Assembly of Occupy Auckland formally acknowledged on 3 November 2011: “that for Auckland Council an exit strategy from Aotea Square is a priority.” 12

Initially Occupy Auckland;s web site indicated that the occupation would last 6 weeks. Then it indicated it would depart after the final of the Rugby World Cup which took place in Auckland on 23 October 2011. It did not. Then it said it would not depart before the general election on 26 November 2011 13, implying a review then. The occupation continues to this day.

On Friday 4th November 2011 Occupy Auckland published a Declaration of the Occupation” 14 which included the following phrase:

Subscribers can access the reported version of this case.

Subscribers are able to see a list of all the cited cases and legislation of a document.

Subscribers are able to see a list of all the documents that have cited the case.

Subscribers are able to see the revised versions of legislation with amendments.

Subscribers are able to see any amendments made to the case.

Subscribers are able to see a visualisation of a case and its relationships to other cases. An alternative to lists of cases, the Precedent Map makes it easier to establish which ones may be of most relevance to your research and prioritise further reading. You also get a useful overview of how the case was received.

Subscribers are able to see the list of results connected to your document through the topics and citations Vincent found.